If you want to lower your scores reducing the number of awful shots should be one of your key priorities. 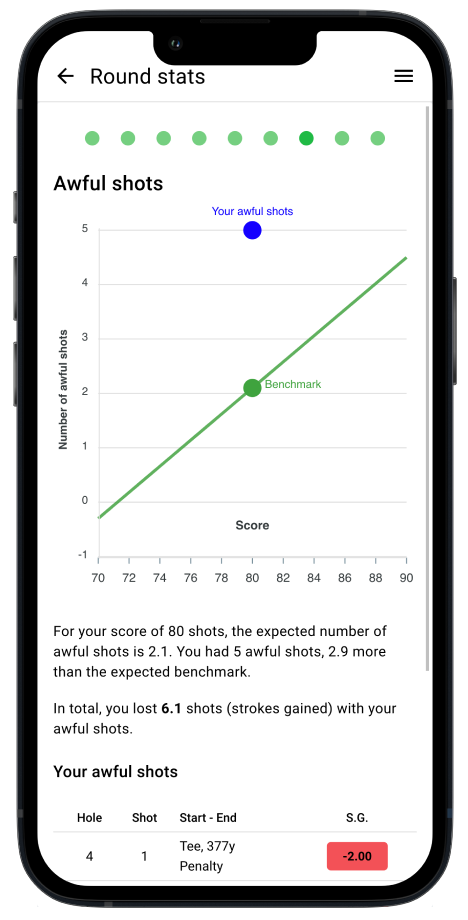 In his paper “Assessing Golfer Performance Using Golfmetrics”, Mark Broadie (the creator of Strokes Gained) says that strokes gained can be used to identify the best and worst (or awful) shots in a round.

What is an awful shot?

The awful shots could come from bad swings or from a strategy that is too risky (attempting shots with a low probability of success).

Why are awful shots important?

How many awful shots per round should you have?

Being an economist, Mark Broadie performed a regression between the number of awful shots per round (A) and the golfer's score (S) and got the following formula:

How many awful shots do you have per round? Are you above or below the benchmark? In any case, if you want to lower your scores reducing the number of awful shots should be one of your key priorities.

When you enter a round in golfity, we will calculate how many awful shots you made and compare it to the benchmark.