Mark Broadie is the creator of strokes gained, the best metric to analyze golfer's performance 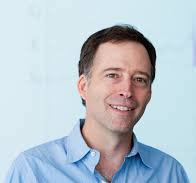 ‍Mark Broadie is a professor of Economics at the Graduate School of Business at Columbia University. On top of that, he's an avid golfer and has spent a lot of time analyzing the causes of golfers' success.

While researching the factors that explain a golfer's score he found the limitations of traditional stats used in golf (as greens in regulation, fairways hit or number of putts). He wrote that those stats do not isolate the quality of each individual shot (for example, number of putts does not measure only putting ability) and do not distinguish between large and small errors (you could miss a fairway by one or thirty yards).

He then created the metric called "strokes gained", which would cause a revolution in the world of golf and its metrics. He defined strokes gained as a "measure of the quality of a shot relative to a scratch golfer’s average shot from a given situation".

The strokes gained metric was adopted by the PGA Tour, with the help of Mark Broadie. They defined what is now a standard way of measuring strokes gained in the PGA tour:

Mark Broadie has written the following papers on golf:

And in 2014 he published the book "Every shot counts", which includes all his learnings in a less academic way.

Mark Broadie and his team also created a software called Golfmetrics to "capture and store golfer shot data and to quantify differences in shot patterns between players of different skill levels".

You can find Mark Broadie on Twitter, Columbia Business School or his personal webpage (last updated in 2011)

Strokes gained for individual shots
Data Golf, professional golf analytics for everyone
Scorecard with strokes gained
Putts Gained on Golfity
Strokes Gained on the PGA Tour
Ready to feel like a pro?
Sign up now for a free account and improve your golf!
GET STARTED